The band is formed. 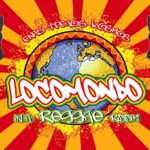 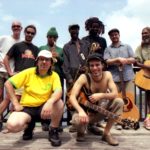 Locomondo travel to Jamaica to record their second album with Vin Gordon, legendary Jamaican trombonist. The album “12 meres sti Jamaica” (12 days in Jamaica) released in 2005 is the outcome of this journey. Locomondo’s version of the classic rembetiko song “Fragosyriani” is in the album. 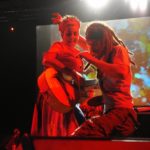 With the participation of Amparo Sanchez and Natty Bo, “Me wanna dance” is released. The intention to fuse Greek traditional music with Reggae and Ska is more then obvious. 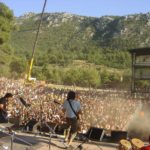 Locomondo share the stage with Manu Chao and Patty Smith in Rockwave festival in 2008. 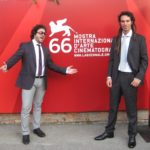 “Fragosyriani” is in the soundtrack of Fatih Akin’s film “Soul Kitchen”. The film wins the special jury prize in Venice film festival. 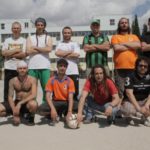 Locomondo release “Goal!” just before the World Cup tournament. The video clip of the song features Greek national player Dimitris Salpingidis. The band considered it as a strike of luck as Salpingidis became the first player to ever score for Greece in a World Cup final phase. 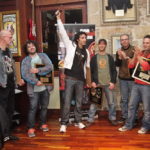 The band receives a gold record for the sales of their double album “Locomondo Live!” in Greece. 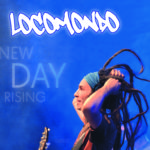 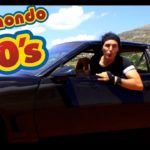 Locomondo release the digital single “80’s”, a song about the generation gap that the kids of the 80’s experience today.

Locomondo is one of the most known and successful bands in Greece.

The 6-member band fronted by Markos Koumaris, the main songwriter and composer of the group, fuses Reggae, Ska and Caribbean sounds with greek lyrics and greek traditional musical elements.

The members of the group are:

They have released 8 studio albums so far, including “Live!”, an album which turned gold in December 2011. Two of their video clips have received the "Best Alternative Video Clip" award from Mad-TV Greece (in 2007 and 2010).

Locomondo is the most known Reggae band in Greece, as well as the only Greek group that has recorded in Jamaica. This happened in 2005, when the band followed an invitation of ex Skatalites trombonist and Studio One legend Vin Gordon to the "island in the sun" and recorded the album "12 meres stin Jamaica" (12 days in Jamaica).

The album contained two songs that meant to be great hits in Greece, but also attracted attention beyond the Greek borders.

The first was a reggae cover of the Rembetiko song “Frangosyriani”, originally composed in 1935 by the legendary Markos Vamvakaris.

Taking notice of this interesting musical mixture the German film director, screenwriter and producer of Turkish descent Fatih Akin included the song in his Venice Film Festival Special Jury Prize winning film Soul kitchen in 2009, and used it as the soundtrack for the red carpet event of his film.

The second hit of this album was "Den kani kryo stin Ellada" (its not cold in Greece), a hymn to a positive way of thinking. The song’s chorus became a slogan in Greece and is considered the band’s most known song.

In the next album “Me wanna dance” the band collaborated with Spanish singer Amparo Sanchez (Amparanoia) in Barcelona and Natty Bo (Ska Cubano) in Athens.

In 2010 Locomondo recorded "Goal", a romantic song about football, which turned out to be an unofficial soundtrack for the Greek National Football Team qualifying for the second time in its history in the final phase of the World Cup.

The video clip of the song featured Greek national player Dimitris Salpingidis who scored the qualifying goal against Ukraine. Although the Greek team disqualified in the first round in South Africa, the band considered it as a strike of luck as Salpingidis scored against Nigeria in the 2nd match, becoming the first player to ever score for Greece in a World Cup final phase.

In 2012 the italian rap band Club Dogo released the single titled P.E.S. which was based on Locomondo’s song “Pro” and reached platinum. The song became a summer hit in Italy. The album containing the song P.E.S. became platinum as well.

In 2017 Locomondo release another hit called “80’s”. It is a song about the generation gap that the kids of the 80’s experience today.

* In 2007 the band collaborated with Greek American director Christine Crokos, composing and recording the sound track for the comedy "Gamilio Party" (wedding party).

The film sold over 250.000 tickets and the song "Gamilio Party" became one of the most beloved wedding songs in Greece.

* In 2010 the band recorded a reggae cover of the popular German song "Griechischer Wein" (Greek wine) of the Austrian composer and singer Udo Jürgens . The song was produced by Marco Baresi, drummer of the Far East Band that used to play for German Reggae star Gentleman, and is included in Locomondo’s release "Locomondo- Best of ".

* The band has supported a lot of environmental and humanitarian organisations in the past such as Greenpeace, Amnesty International, A21 and the greek homeless street paper “Shedia”.

* Michalis Mourtzis was a member of Locomondo from 2005  to 2014, playing percussion and singing backing vocals.